Fear is a sales pitch that has been used for decades to hawk everything from alarm systems to underarm deodorant. Now just think how it can be used on the Internet to whip up paranoia and get people to open their wallets.

The Net myth is the computer age’s version of the urban legend, like the one about alligators prowling the sewers of Manhattan. Sent out as e-mail, posted in newsgroups, or on Web pages, Net myths can reach thousands of people a day and spread like viruses.

As stock touts and shorts have managed to both lure and spook investors on the Web, a little Toronto-based outfit called Bio Business International has already become quite adept at spreading myths through its Web site. 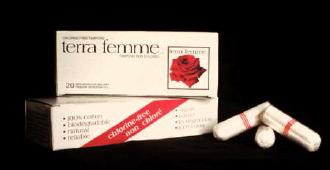 A little bit of terror built into every tampon.

Bio Business markets only one product 100% nonchlorine bleached tampons under the name Terra Femme. Among other things, the site encourages women to spread a terrifying Net myth that tampons made by U.S. competitors may be horribly dangerous.

The myth, which has been circulating since about August of last year, usually is titled: "Important Information for Women." While the wording changes somewhat, the most common version implores: "PLEASE FORWARD THIS TO ALL OF YOUR WOMEN FRIENDS!" and relates that in a biology class "we have learned that tampons are actually dangerous (for other reasons than TOXIC SHOCK SYNDROME)" because they "contain two things that are potentially harmful: Rayon (for absorbency) and dioxin (a chemical used in bleaching the products)." (Emphasis original.)

It generally concludes by urging women to buy "organic" or "natural," tampons, meaning all-cotton and unbleached.

Since Bio Business sells the very type of tampons the Net myth urges readers to buy, this is all quite convenient. Indeed, the company blatantly encourages it.

"One of you sent the [e-mail] to me, and I want to thank you all for the e-mail activism [and] encourage you to keep on spreading the word!!!," exclaims the president and founder of Bio Business, Wilhelmina (Willi) Nolan, a self-touted environmental and social activist in her mid-40s. "I COULD REALLY USE SOME HELP IN THIS WORK!!!"

Nolan confides (If that’s the correct word considering that it’s a public posting), "This business started as a way to get me off of welfare, and to support my activism (my issues: violence against women and children, women’s health and the environment). Offering non-toxic tampons seemed a good business, because it addresses YET ANOTHER FORM OF ASSAULT AGAINST WOMEN’S BODIES." But, she says, "It’s been REALLY hard to do, because: I’m not a capitalist [and] women’s lives are more important to me than money." (All emphasis original).

Since by definition Nolan is a capitalist, she undoubtedly refers to the caricature of the profits-at-any price type. Yet her tactics reveal she fits that very caricature herself. Nolan is aided and abetted in her endeavors by Rep. Carolyn Maloney (D-NY), who has repeatedly introduced legislation that would require the federal government to do its own testing of menstrual pads and tampons. This is notwithstanding that it is common practice for companies to test their own products, whether they be drugs, medical devices, or cars. 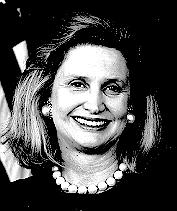 Maloney, in her press releases and on her own web site, asks if dioxin in tampons is "the equivalent of a ticking time bomb, capable of increasing women’s risks for several life-threatening or fertility-threatening diseases?" At one press conference pushing the legislation, she was accompanied by none other than Ms. Nolan.

The problem is that very little of this bleating is accurate. Dioxin has shown an incredible range of toxicity. For example, it acquired its fearsome reputation when it was found to knock guinea pigs over like tenpins. But later testing of hamsters found it took 500 times as much to have the same effect. With other species, such as a type of bullfrog, no dose given to the animals could kill them. (The down side is none of them became princes, either).

No dramatic health effects have been shown in human studies, where persons have been exposed to large amounts either by accident or occupation. For example, an ongoing study of Vietnam vets who sprayed Agent Orange, a dioxin-containing defoliant, shows the men to be as healthy as the general population.

"Every year the case becomes weaker and weaker that dioxin causes cancer in human beings," says Michael Gough, a scientist with the Competitive Enterprise Institute in Washington, D.C. who has studied dioxin for decades. He adds that evidence dioxin causes other noncancerous problems (other than a form of acne shortly after contact with the chemical) ranges from speculative to nonexistent.

And to emphasize, these were massive exposures. What of the amount in tampons?

In addition to forming during manufacture of some herbicides, dioxin is also a byproduct of what’s called "elemental chlorine bleaching," a technique at one time used to whiten some tampons. While post-bleach scrubbing left so little dioxin behind that the FDA considered it negligible, the agency also notes on its web site (www.fda.gov) that "This process is no longer used by any U.S. manufacturer of tampons."

Rep. Maloney insists otherwise. When I asked her about the FDA’s information on its web page, she and an aide who shared the phone line insisted that after Maloney’s staff had met with the agency, the FDA had changed the information on the site. But it had not. At this writing, at least, the original reassuring FDA wording remains.

This isn’t to say, however, that tampons contain no dioxin. Indeed, tests ordered up by Kimberly-Clark, a leading tampon maker, found that all tampons tested, including Terra Femme, had trace amounts. In a survey of contamination rates, Terra Femme came out somewhere in the middle of the range from 0.2 parts per trillion to 10 parts per trillion.

Explanation? Dioxin is a combustion byproduct of many materials. It goes into the air and lands on everything. Accurate-enough testing will find it on everything. But the amount in tampons, says the FDA, is negligible. "A part per trillion is about the same as one teaspoon in a lake fifteen feet deep and a mile square. This is far below the threshold that EPA believes puts consumers at risk of cancer," notes the FDA web page.

But Rep. Nolan wants to hear nothing of teaspoons and lakes. "No safe level of chlorine use/dioxin exposure can be considered safe [sic]," she claims.

Asked why she felt confident issuing statements contrary to FDA assertions, she and the staffer again claimed the FDA since changed its wording. But again, this was not true; it remains on the web site.

To makes matters not worse but better, there are well over a thousand types of dioxin, although virtually all the attention has been paid to the one present in Agent Orange. Its huge name is usually shortened to TCDD. While many scientists besides Gough are adamant that even TCDD has no business being on any list of human carcinogens, both the EPA and the International Agency for Research on Cancer (IARC) do list TCDD dioxin and only TCDD dioxin.

"How accurately could TCDD be tested?" I asked a spokeswoman at the laboratory. "Very accurately," she said. "How much was found in any of the tampons?" I asked. "None," she said

Yet the Terra Femme web site has one page comprising a lengthy discourse all about, yes, TCDD, while a press release notes that IARC has labeled dioxin a carcinogen without indicating it was only TCDD. Maloney’s web site also invokes Agent Orange.

Terra Femme is nonplussed by all this. Sales manager Roni Bregman told me that since the lab Kimberly-Clark contracted with did testing for paper and pulp companies that employ dioxin-creating bleaching, they are essentially conspirators and can’t be trusted. Told that WISN-TV in Milwaukee hired a different lab as part of a special news report and it found (presumably using a less sensitive method) NO dioxin at all on any tampons, Bregman then insisted no American lab could be trusted because their testing is "done to FDA standards and FDA doesn’t consider dioxin to be a known human carcinogen."

It wouldn’t seem to matter what the FDA thought about the carcinogenicity of dioxin in order for the agency to lay down the rules for determining whether it’s present or not. You can either like or dislike sport utility vehicles but nonetheless agree on what one is. But in any case the FDA only makes carcinogen determinations in the case of pharmaceuticals. Dioxin testing protocols were formulated by the EPA.

Nolan told me that she had a Swedish firm do their testing and Bregman would get back to me with the firm’s findings. Bregman first told me she was having trouble, since only one of the lab workers speaks English. In a later conversation she said she couldn’t release it because it was "proprietary information," and her company wouldn’t allow it to be released. That’s strange, because it was company president Willi Nolan who had promised it to me. Then even within that conversation Bregman changed her story yet again to say the Swedish company wouldn’t release it to Terra Femme. In that event, Bio Business couldn’t have any idea whether its tampons contained dioxin or not.

Maloney is also suspicious of industry ordering its own tests. "It should be noted that the dioxin tests relied upon by the FDA are done by the manufacturers themselves," she claimed in a statement urging passage of her legislation. It’s "the fox guarding the hen house," she says. I asked if she was aware that this was standard procedure for almost all consumer products. Perhaps, but tampons are different she said. "It’s something that’s so important to women, they should be able to rely on independent testing." Interesting. Breast cancer drugs are important to women, but the FDA relies on industry trials to determine whether to approve them.

Maloney also put great stock in tampons having "73 million users." Yet over 200 million Americans eat food that’s been treated with pesticides and the EPA relies on industry to test those.

Au contraire, says the FDA. "There is no evidence" that "rayon fibers in tampons cause toxic shock syndrome, or TSS," according to the March-April 1999 issue of FDA Consumer. Further, out of approximately 1.1 million female deaths in the country last year, only five were reported to have been from TSS. That’s five deaths too many, but hardly makes it a top priority.

Yet still the Net myths continue and still Terra Femme sanctions them, enabling Bio Business to sell a box of 20 tampons for $5.49. That’s $2 more than Kimberly’s Kotex or Procter & Gamble’s (P&G) Tampax, and doesn’t even include Terra Femme’s shipping charge.

With only about 30 U.S. stores stocking their product, Terra Femme isn’t about to dominate the tampon industry any time soon, but that doesn’t mean the large tampon makers haven’t been rattled by what Kimberly-Clark spokeswoman Wendi Strong calls Nolan’s "guerilla tactics."

P&G spokeswoman Elaine Plummer says her company has been getting as many as 550 complaints a month through letters, e-mails, and phone calls. "I am horrified to learn via e-mail that the tampons I have been using for 33 years contain dioxin," reads one message.

Still, if the Internet provides weapons to people like the Terra Femme tampon terrorists, it can help expose them as well. The ability of anybody to read messages posted in a newsgroup allowed me to discover that Roni Bregman provided aid to feminists preparing a petition to boycott of Terra Femme’s U.S. competitors. One was signed, "In health, Roni, who believes more and more that the best way to deal with environmental problems is to directly attack the products that create them."

To be sure, especially when the attacks are good for her business.