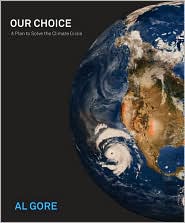 The cover of Al Gore's new book, Our Choice: A Plan to Solve the Climate Crisis, features a satellite image of the globe showing four major hurricanes--results, we're meant to believe, of man-made global warming. All four were photoshopped. Which is nice symbolism, because in a sense the whole hurricane aspect of warming has been photoshopped.

True, both greenhouse gas emissions and levels in the atmosphere are at their highest, but this year had the fewest hurricanes since 1997, according to the National Oceanic and Atmospheric Administration. For the first time since 2006 no hurricanes even made landfall in the U.S.; indeed hurricane activity is at a 30-year low.

None of which is really all that remarkable. What's remarkable is that the hurricane hysteria essentially reflects a "trend line" comprising a grand total of two data points in one year, 2005. Those data points were named Katrina and Rita. 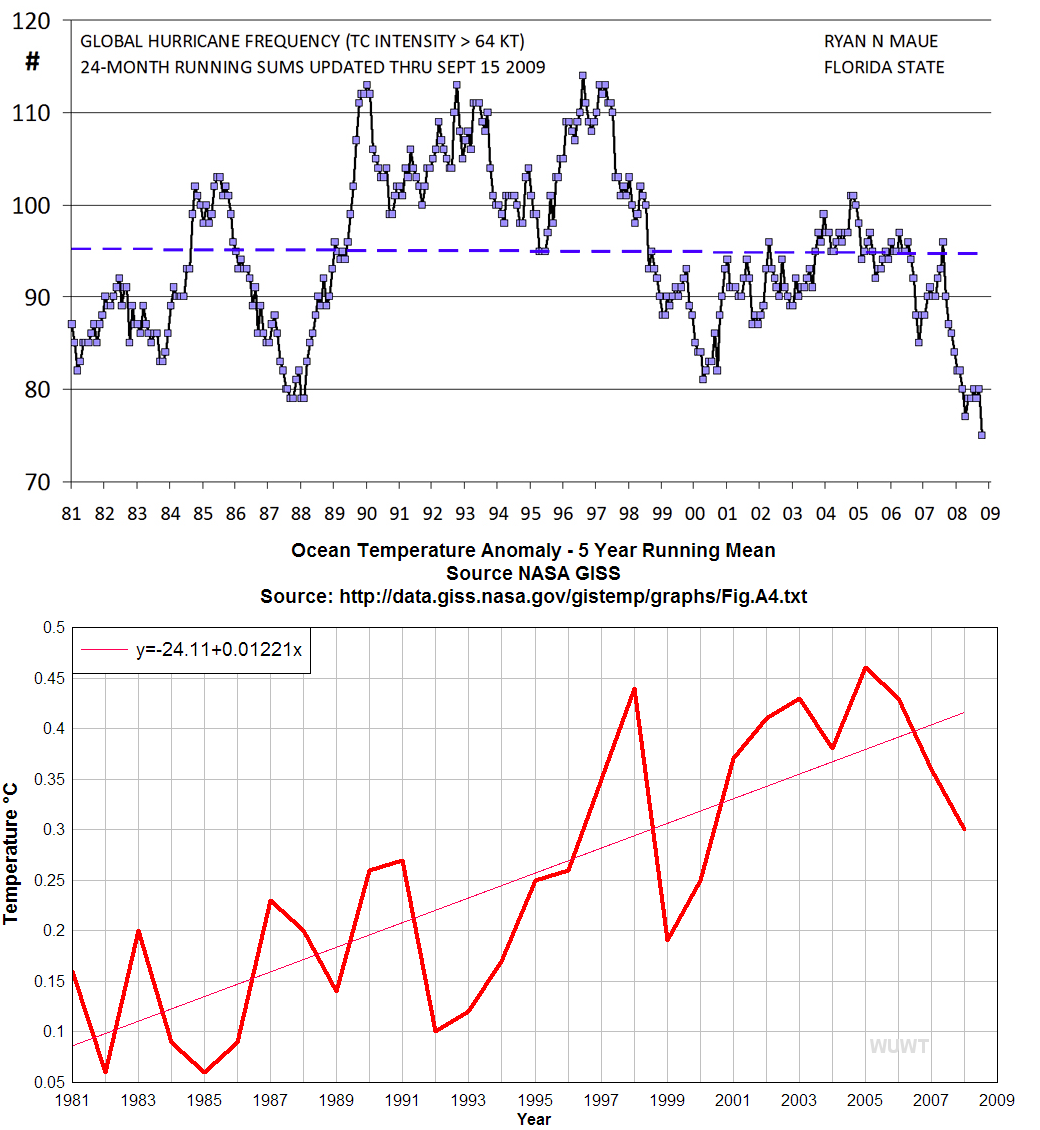 Ocean temperatures are up, but hurricane activity is not.

In a 2005 column, I gave what now proves an interesting retrospective.

"The hurricane that struck Louisiana yesterday was nicknamed Katrina by the National Weather Service. Its real name was global warming." So wrote environmental activist Ross Gelbspan in a New York Times op-ed that one commentator aptly described as "almost giddy." The green group Friends of the Earth linked Katrina to global warming, as did Germany's Green Party Environment Minister.

The most celebrated of these commentaries was Chris Mooney's 2007 book Storm World: Hurricanes, Politics and the Battle Over Global Warming. Mooney, for the record, is also author of the best-selling book The Republican War on Science.

Yet there were top scientists in 2005 such as Roger Pielke Jr., a professor of environmental studies at the University of Colorado at Boulder, publishing data showing the Rita-Katrina blowhards had no business building a case around two anomalies.

Pielke published a report in the prestigious Bulletin of the American Meteorological Society (written before Katrina but published shortly afterward) that analyzed U.S. hurricane damage since 1900. Taking into account tremendous population growth along coastlines, he found no increase. His paper was dutifully ignored by the powers that be.

But the so-called Climategate scandal, which illuminated efforts by climate change scientists to squelch opposition viewpoints, has now caught up to one scientist, Kevin Trenberth, who vociferously and influentially demanded that Pielke's paper be shunned.

Trenberth works in the same town as Pielke and is one of the top researchers on the strongly warmist Intergovernmental Panel on Climate Change (IPCC). In a leaked e-mail from two months ago, he admitted to colleagues what he had hidden from the outside world: that there's been no measurable warming over the past decade.

Yet two years earlier he told Congress that evidence for man-made warming was "unequivocal" and things were "apt to get much worse." And in 2005 he told the local newspaper that Pielke's Bulletin article was "shameful" and should be "withdrawn."

"Our paper shouldn't have been controversial," notes Pielke today, "and since then our conclusions have been reinforced by the IPPC." The panel's latest report, from 2007, concluded that whether warming is causing increased hurricane activity is "pretty much a toss of a coin."

Yet Pielke's paper was excluded from that report. Why? Says Pielke, "a scientist at a high level of the IPCC saw fit to disparage a paper in his domain, said it should be ignored by the panel, and subsequently it was." He added, "After seeing [leaked] e-mail discussions in which the scientists talked about keeping literature out of the report ... well, you can connect the dots."

But it wasn't just Trenberth. In one of the hacked e-mails, Phil Jones, director of the British climate center from which the e-mails were stolen (and who has since resigned) wrote to colleagues about Pielke's complaints of not being published, "Maybe you'll be able to ignore them?"

For many millions of American homeowners, the 2005 tempest tirade was hardly just academic. Half a year later, a company called Risk Management Solutions (RMS) issued a five-year forecast of hurricane activity predicting U.S. insured hurricane losses would be 40% higher than the historical average. RMS is the world leader in "catastrophe modeling," and insurance companies use those models to set premium rates charged to homeowners as well as by reinsurance companies and others.

With four years of data in, losses are actually running far below historical levels and at less than half the rate that RMS predicted. A lot of individuals and a lot of companies have grossly overpaid.

This hardly supports rushes to judgment on global warming consequences. "If you overestimate or underestimate risks there will be costs," says Pielke. "It's honesty and accuracy that count."