An FDA advisory panel just voted 7-2 to lift the 13-year ban on the use of silicone-gel breast implants. But the agency has a history of rejecting its panel’s decisions on the devices. It thus remains to be seen whether it will listen to science and reason, or whether yet again it will be a boob and be swayed by anti-implant lobbyists and anecdotal reports equating ruptured implants with black magic.

In 1992 FDA Commissioner David Kessler rejected the advice of two FDA panels and banned silicone implants except for post-mastectomy breast reconstruction. So doing, he capitulated to such far-left groups as Fenton Communications (the PR firm that scared everyone into believing Alar-treated apples were poisonous) and Public Citizen.

These groups alleged the implants caused all sorts of horrible diseases, especially autoimmune (or "connective tissue") illnesses like lupus. While they had no scientific evidence of such harm, in fairness implant makers had little evidence of lack of harm.

Meanwhile the activists trotted out women who insisted implants had inflicted bizarre illnesses upon them, giving no more evidence than that they allegedly fell ill at some point after the devices crossed their path. (One major lawsuit involved a Californian who had the implants inserted to replace breast tissue lost during surgery for fibrocystic breast disease, then later claimed the implants gave her fibrocystic breast disease!)

But in the ensuing years, study after study and panel after panel rejected the accusations.

In 1998, the European Committee on Quality Assurance and Medical Devices in Plastic Surgery declared the evidence "conclusive" that the implants do not cause autoimmune disease. Moreover, the committee said, "there is no scientific evidence that such things as silicone allergy, silicone intoxication, atypical disease or a ’new silicone disease’ exist."

The next year the National Academy of Sciences’ Institute of Medicine (IOM) issued its report based on all existing scientific literature in the area, over 1,000 published studies. It concluded that diseases attributed to the devices "are no more common in women with breast implants than in women without implants."

So when implants came up for review again in 2003, activists needed a new tack. They basically conceded that while no excess disease had yet been found, not enough time had elapsed to be certain. 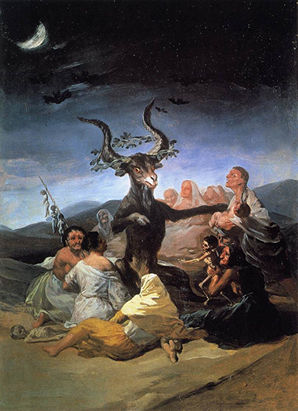 Much of the testimony from alleged implant rupture sufferers sounds more like witchcraft than science.

Nevertheless, between those hearings and the completion of the IOM publication at least two dozen new silicone implant studies appeared in medical journals. More than half involved an average patient follow-up of ten years or longer. Two studies, comprising a total of 18,500 implant recipients, dated back three decades. Neither found any ill effects.

Once again, an FDA panel voted to lift the ban; once again the FDA kept it firmly in place.

This time around, with an additional three years of safety evidence available, opponents chose yet another line of attack. They insisted we need more data on how long the devices last. But evidence indicates they usually last longer than the average of 10 years for pacemakers and an average eight years for biological mitral heart valves. The newer "cohesive gel" or "gummy bear" implants are designed to last even longer.

Time for that ol’ black magic! CNN.com titillated us with news of a woman who complained of "yellow strings of silicone oozing from her eyes." The New York Times kept readers abreast of women who "gave gruesome testimony about silicone from ruptured implants squeezing out of their eyes and ears." In fact, silicone from a ruptured implant usually stays put because built-up body tissue "encapsulates" it. When gel does migrate, it remains localized. It does not go to the head.

Urban legends aside, nobody ever awoke in a bathtub of ice without kidneys. Nor will any woman awake to discover implants in her mammaries. It’s a woman’s choice and it’s a safe one. It’s time the FDA honors it.